Phidgeting with code, roving on Mars.

75 Bonfield families make a game out of math. 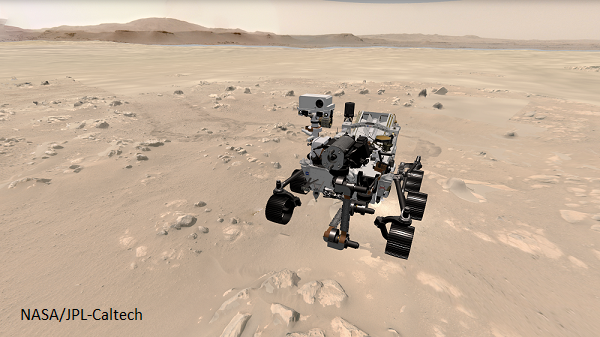 Phidgeting with code, roving on Mars.

It’s February 2021. NASA’s Perseverance Rover parachutes onto the planet’s dusty-orange, desert-like surface. It lands in the Jezero Crater, an ancient lake shaped by a meteorite, fed by a river, enriched by its delta, and drying up eons ago.

The rover, programmed to guide itself around terrain hazards, sets off on a two-year mission to find the right rocks for drilling core samples, which could hold fossilized microbes. Proof that life once existed on Mars. 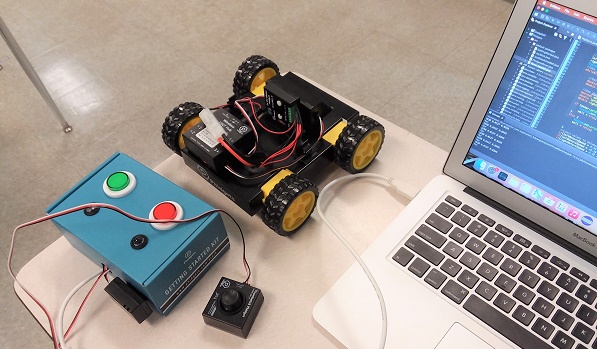 While that plays out, Warwick students are writing code to guide their own rovers around classroom hazards. Proof that they’re learning how to use software to solve problems.

To expand their skills and creativity, Jeffrey Wile is using a $1,304 grant from the Warwick Education Foundation to place a Phidget kit, including a Phidget rover, in the hands of every student.

Phidgets are little electronic devices designed for specific tasks that enable your software application to interact with the physical world. They’re ready to go right out of the box, plugging into the student’s computer with a USB cable.

In Mr. Wile’s class, various Phidgets collect data, interpret it, transmit it, and power a rover—each controlled by an individual student programming the computer app.

So when a rover zips across the classroom floor and makes a sharp left before banging into something hard, credit the Phidget sensor and the code writer. As the student demonstrating it says, “the scanner on top detects how far away the wall is, and once it reaches that distance it automatically turns when you’re driving so it doesn’t collide with the wall,” thanks to his programming. 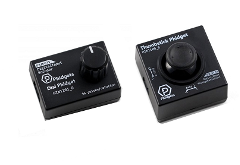 Students are loving the Phidget joystick—much easier than keyboard controls—and an on-off dial that doubles as an accelerator.

Beyond sonar detection for rover guidance, the Phidgets can also sense light, temperature, sound, speed and dimensional movement—no wonder Mr. Wile is excited about the possible experiments students can conduct. 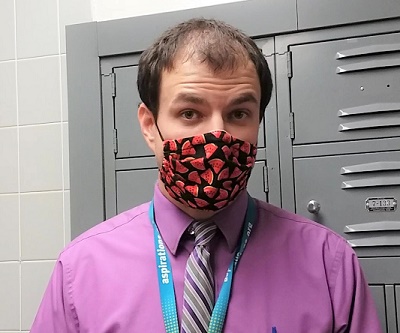 “Writing software code is an important skill my students gain from the class normally. But being able to collect real information and write software that can solve a problem—that’s huge. I’m ecstatic about seeing what students choose to do and what issues they identify.

For example, “students could use a Phidget sensor to detect how much light is being used in the classroom and identify how much energy that takes and when we can we turn off lights.”

He sees such applications as “allowing this course to crossover into creative problem-solving. We can look at issues and say, what data do we need to use? How can we write software to improve or potentially solve a problem?”

If our students can do this in the classroom, what can they do out in the world? Or out in space?

And what about the next mission to Mars?

Who’s going to be doing all that and a million more jobs?

Barbara Mobley, our executive director, posed the question to Jeffery Wile, “So these kids are the problem solvers of the future?” 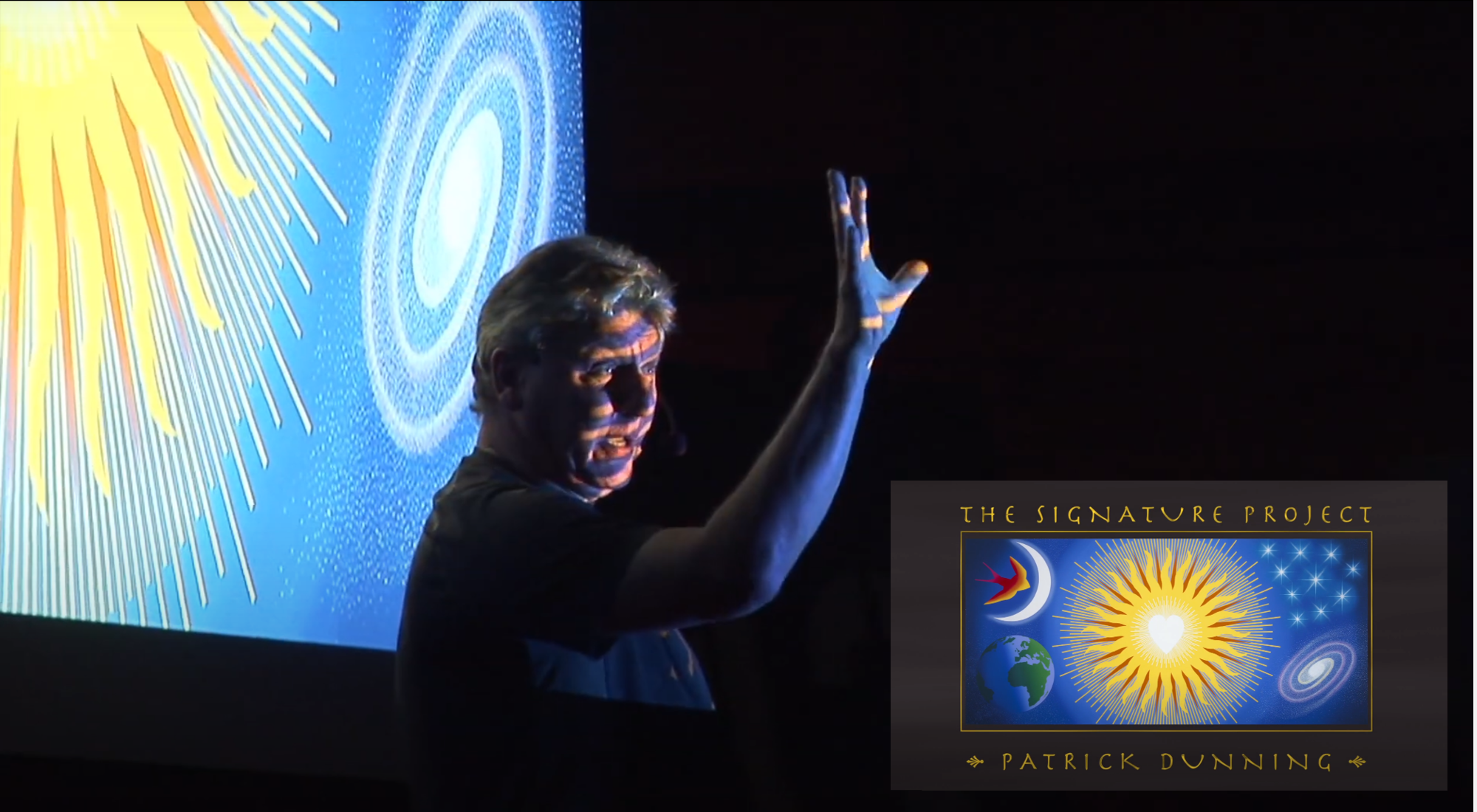 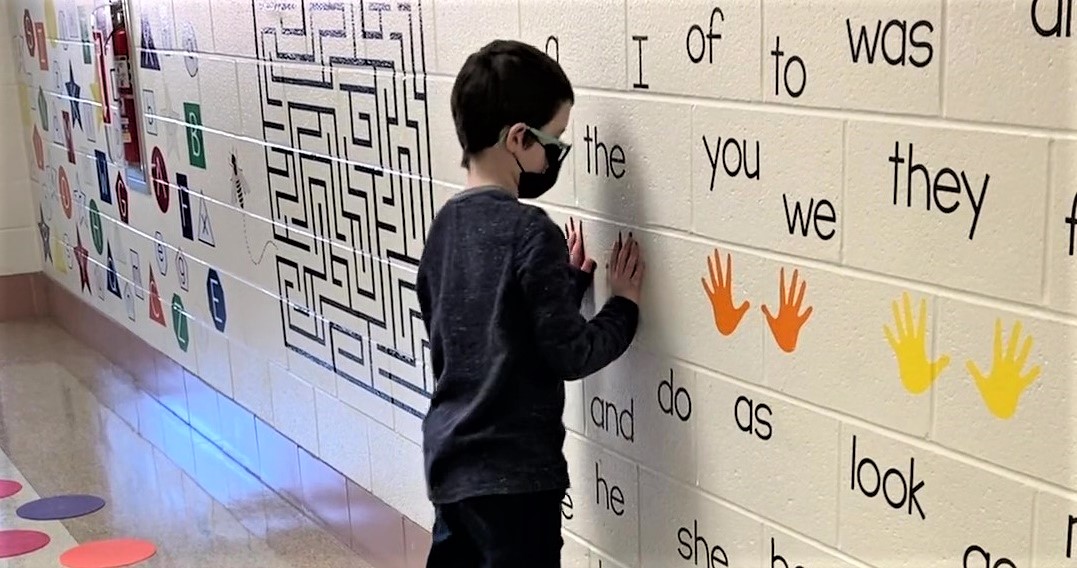